A Breaking of Fast with Love, Laughter and Kindness

On 20th August 2010, a group of individuals put aside their usual pre-weekend activities for an evening to give back to the community.

Ramadhan is often presented as the month of sharing and giving. In conjunction with this Muslim Holy month, the South 7 Cluster headed by Nurfidawati Marfuruday of Peirce Secondary School, organized a simple yet meaningful break fast session with the children from the Pertapis Children’s Home. 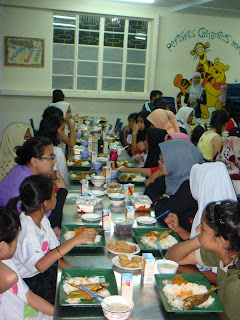 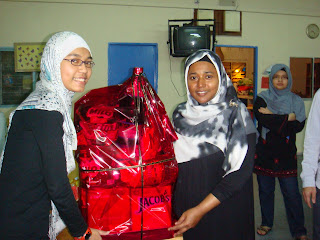 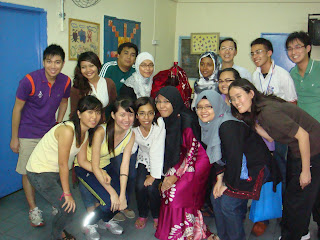 The invitation was opened to all CCPEs and it was well received. Some came to offer their time for the event while some others came forward with monetary contributions to support the event. E4 cluster came forward with $140.00 in monetary contribution. In total, we collected a total of $430.00 which went to the hamper of basic necessities for the Home (courtesy of Aspire! HQ), goodie bags for the children and also food for the event.

It was a night that the children wished would not end. When it was time for us to part, a few boys peered out of their window. The volunteers went over to say their goodbyes and the children kissed their hands (salaam) as a way of saying their thanks. 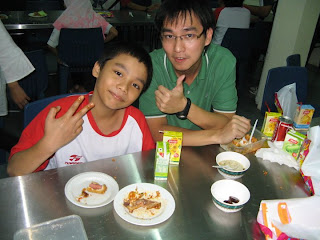 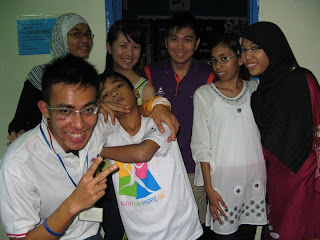 “The children are happy to see visitors. Once in a while, visitors come to the Home, to bring them joy and gifts. These kids come from dysfunctional families. There are others who are abandoned. They need to feel love and cared for.”, said Mr Tan Boon Chuan, Zone Manager for the South Cluster. From the children’s response to the volunteers, it was heartening to see that everyone enjoyed themselves that night.

It was not only a significant occasion for all of us but it also serves as a learning experience for the non-Muslims to know about the culture. 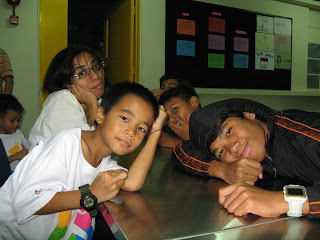 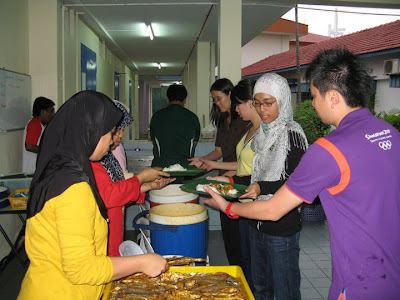 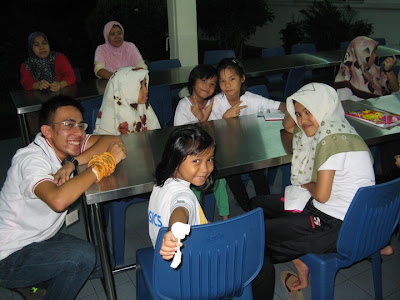 South 7 Cluster would like to take this opportunity to thank those CCPEs who volunteered before, during and also behind the scenes for the success of the event. Special thanks also extended to the Kampong F&B Group for sponsoring the dinner packs for the volunteers who participated in the break fast with the kids.
Posted by Aspire! @ Play at 3:33 AM