Editor's Note: A little something by Salinah from E4 Cluster on the events and activities that E4 ha participated in and organised, including the successful Dragon Boat at Bedok Reservoir in July 2010. Enjoy!

Our E4 Activities by Salinah

We treasured every moment when we were together and left behind unforgettable memories. Despite the heap of work, all of us made an effort to participate in the activities and the spirit of togetherness motivated us to be involved in all activities organized wherever possible. 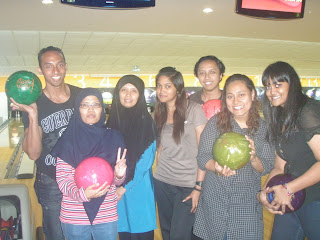 We started with a bowling session in January 2010. Watching the way members bowled and very often 'cleaning both drains by the side of the lane' made us laugh throughout the session. It was a successful event and we had full of fun and laughter on that day. We felt the bonding starting to build. From there on, we were moved to organize more activities.

We then were empowered to learn something new in sport activity. We learnt how to play Touch Rugby with the help of Damai Secondary School's Rugby Coach. It was done in Damai Secondary School's basketball court. We were taught on the basic techniques of throwing and the game rules. We were exposed to different movements in the game. It was a new enriching experience for all of us. We were very enthusiastic and look forward for more training sessions in the near future. 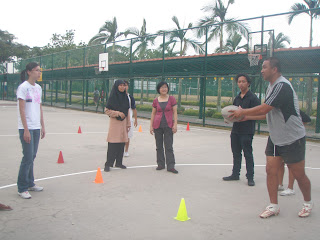 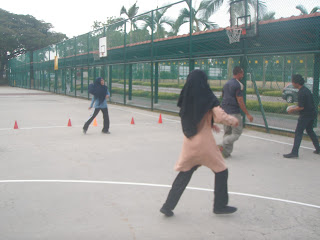 We also then had cycling at East Coast Park in March 2010. We cycled more than expected from McDonald's to the jetty then back to McDonald's. For some of the members, they have not been cycling for years or months. This was a great opportunity to refresh on their cycling skills. We had the necessary and safety briefings on checking of brakes and use of gears and so forth. We talked and cycled at the same time in pairs. Once we reached the jetty, we made our way to the nearest benches, watched the sea breeze, felt the wind blowing and snapped some photos before heading to the bicycle rental shop.

On the way back, one of our members fell down due to abrupt cramps. Everyone lent their hands to help. The bond among the members were strengthened and the closeness in friendship could be seen during this incident. Throughout the evenings, we had an enjoyable refreshing experience. 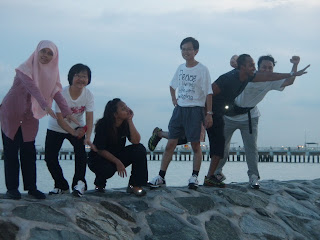 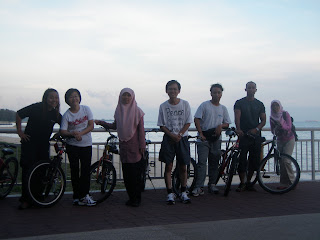 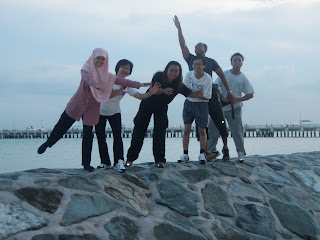 We then embarked on water sports activity. We had our very first E4 Dragon Boat held at Bedok Reservoir on 9 July 2010. This was the most challenging moment we had as a team since this was our first time collaborating with CCPEs from both East and South zones. This activity was supposed to be held in end November 2009, but it was postponed due to bad weather. This did not hinder us from continuing to organize the same activity during term break in March 2010 but unfortunately there were fewer participants even for us to conduct a single Dragon Boat.

With the attitude of not giving up, we decided to hold it again.

It happened on one fine sunny day of 9 July 2010. E4 CCPE members gathered one hour earlier to make necessary arrangement and waited excitedly for CCPE participants to arrive at Bedok Reservoir. Registration started about 3.15 pm and each participant was given a hotdog bun, a banana and a bottle of mineral water sponsored by Kampung Hut as refreshment. All participants assembled at the GRC Dragon Boat House.

We were then briefed by the qualified instructor on the safety procedures and various paddling techniques. While listening attentively, worried for not being able to swim and the dragon boat capsizing has shown evident in some of CCPEs’ faces since it was a new experience for some of them. We were then split into groups and started to board on the dragon boat. 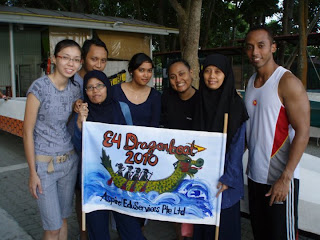 It was an amazing experienced rowing the dragon boat to the middle of reservoir. The feelings of nervousness vanished in the air when we started to pick-up the technique of proper rowing. We rowed simultaneously and at the same time enjoyed the serenity and tranquility of the reservoir.

Despite the exhaustion while rowing during competition between groups, the groups were able to work in tandem very quickly. The spirit of winning, teamwork and coordination displayed the positive attitude of a sportsman and bonding between CCPEs. It was an enriching experience and unforgettable moment. 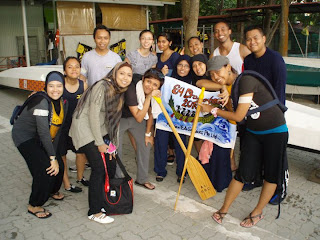 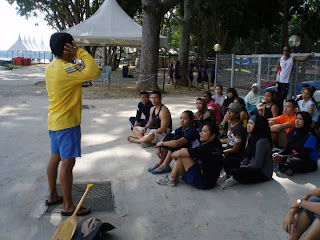 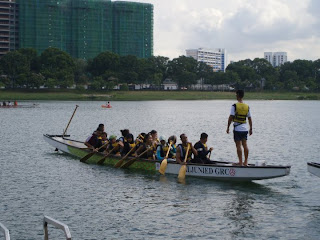 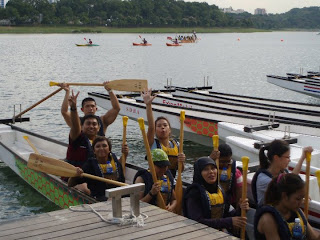 This will not happen without the support of the Management, the Cluster / Assistant Cluster Leaders and CCPEs. We have eventually succeeded in having our E4 Dragon Boat. E4 hopes to continue this Dragon Boat event next year. Thank you.
Posted by Aspire! @ Play at 9:46 AM